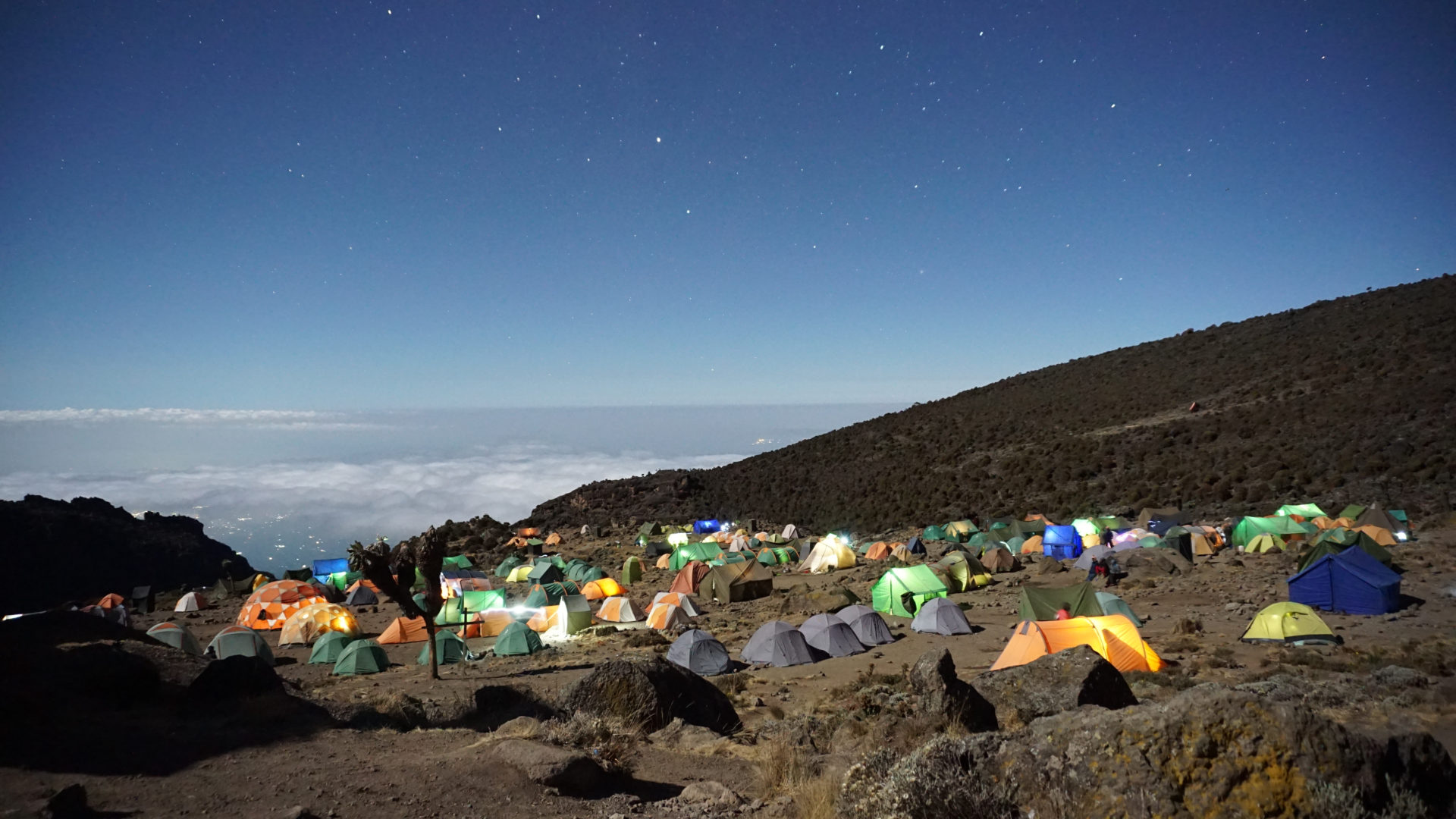 This special route combination is by a wide margin the least-used route on Kilimanjaro northern circuit route, getting you far away from the madding crowd. The trailhead is at high elevation, and thus we start slow and easy on this route. Kilimanjaro northern circuit route. The trail begins on the Shira Plateau, and the hike across the plateau is said to be one of the most stunningly beautiful hikes in Africa.

Early on we leave the tourist trails and head off across the north side of the mountain, facing Kenya and the famous Amboselli National Park. The spectacular hike along the northern circuit affords opportunities to see some animals; possible elephant, buffalo, eland, and signs of many other animals. Along this way we won’t see other tourists, only following cairns which signal the route.

For the first four days we traverse the valleys and ridges of the entire north side of the mountain between 12,000’ 3,650 mt. to 14,000’ 4,265 mt, and on day 5 the trail reaches the base of Mawenzi, the second highest peak of Kilimanjaro- it’s jagged rock spires reaching 16,893’ 5,149 mt. From here we trek across the magnificent saddle between Mawenzi and Kibo Peak. 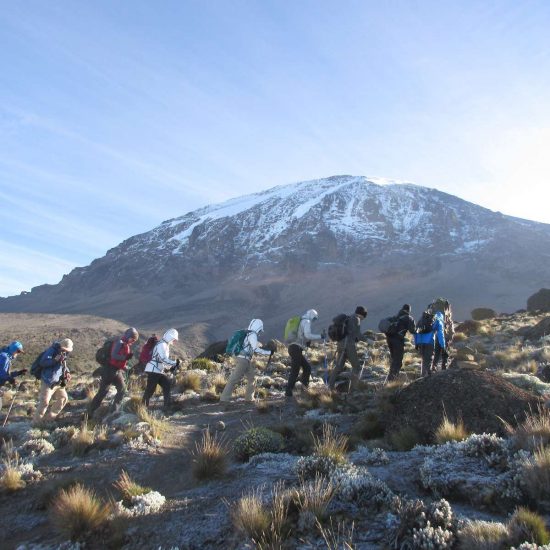 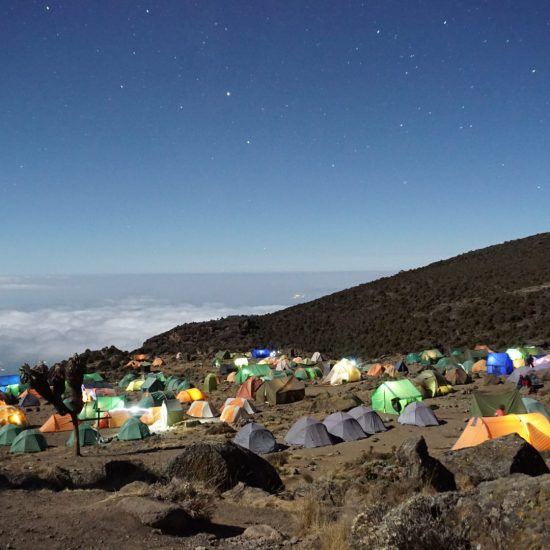 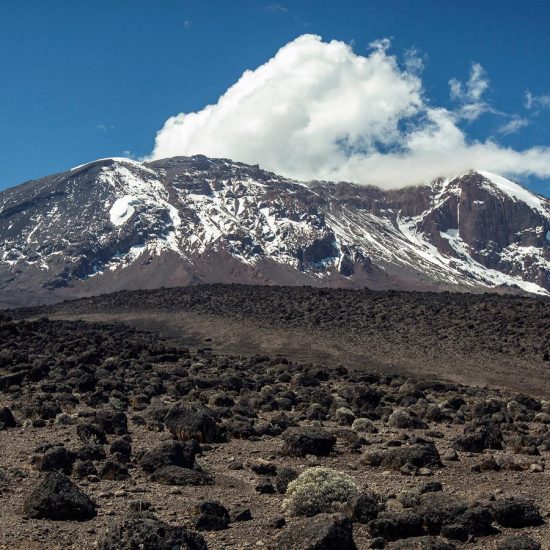 We depart Arusha for Londorossi Gate, which takes about 4 hours, where you will complete entry formalities. Then drive to the Lemosho trailhead. Upon arrival at the trailhead, we begin hiking through the undisturbed forest which winds to the first campsite. Londorossi Gate to Mti Mkubwa Elevation Gain: 536 meters, 1758 feet. Distance: 8 kilometers
2

As we continue ascending we leave the rainforest behind to enter into the savannah of tall grasslands and sparse vegetation of heather moorlands characterised by lichen beard covered volcanic rocks. Pushing ahead through the rolling hills and across several streams you reach the Shira Ridge before gently descending to Shira 1 Camp, from where you see the first sight of Kibo. Elevation Gain: 610meters, 2000ft. Distance: 8 kilometers
3

Next up is a climb up a rocky ridge and then head southeast towards the Lava Tower, a 300ft reminder of Kilimanjaro’s volcanic past. Then we divert from the main trail to Moir Hut, a little-used site on the base of Lent Hills. The availability of varied walks on Lent Hills provide for excellent additional acclimatization opportunities. Elevation gain: 424metere 1391 feet Distance: 7 kilometers Lava Tower 4631m/15,190ft Moir Hut 4140m/13,580ft Elevation Loss: 494 meters, 1620 feet Distance: 7 kilometers
5

On this day, its steep climb out of Moir valley followed by a trek up the summit of Lent Hills before rejoining the northern circuit trail. The path from here to Buffalo camp is beset with a series of inclines and declines and will treat you to some amazing vistas across the plains that lie north of Kilimanjaro and stretch out to the Kenyan / Tanzanian border. Elevation Loss: 116 meters 380 feet Distance: 12 kilometers
6

On this day, you will trek up the Buffalo Ridge characterised by sparse vegetation but bubbling with vibes of mountain wilderness. The remote route then continues around the northern slopes to arrive at Third Cave. Elevation Gain: 152 meters, 499 Distance: 8 kilometers
7

We climb steadily up and over the “Saddle,” which sits between Kibo and Mawenzi. We continue on to our camp, School Hut. Once here we rest, enjoy an early dinner to prepare for the summit day. Elevation Gain: 884 meters 2900 feet Distance: 5 kilometers
8

Very early in the morning (around midnight), we begin our push to the summit for what is going to be the most grueling portion of the trek and bound to test your physical and mental reserves to the hilt. We ascend in the darkness for several hours taking frequent, but short breaks to reach Gilman’s Point (18,900 ft), to witness the spectacular sunrise over Mawenzi peak. Another hour’s walking takes us to the summit, Uhuru Peak (5895m), the highest point in Africa From the summit, you will make a steady descent to the Mweka Hut camp site, stopping at Barafu for lunch. The trail is rocky and the descent can be especially hard for your aching legs and back, already stressed from the exhausting ascent. Pull out your trekking poles for support and leverage while descending as the location of Mweka Camp in the upper rainforest region predisposes it to mist and rain in the late afternoon. School Hut to Uhuru Peak Elevation Gain: 1,140 meters, 3,739 feet Distance: 6 kilometers Uhuru Peak to Mweka Camp Elevation Loss: 2828 meters, 9,276 feet Distance: 12 kilometers
9

On the last day, you will make a steady descent to the Mweka Gate, where at the park office you will be presented with a certificate marking your achievement of summiting at the top. As you continue your descent be watchful of your footing as the ground tends to be damp and muddy at the lower reaches. From the gate, we continue another trekking for another hour to Mweka Village. A vehicle will meet us at Mweka Village to drive us back to the hotel in Arusha or Moshi. Mweka Camp to Mweka Gate Elevation Loss: 1,4028 meters, 5,380 feet Distance: 10 kilometers 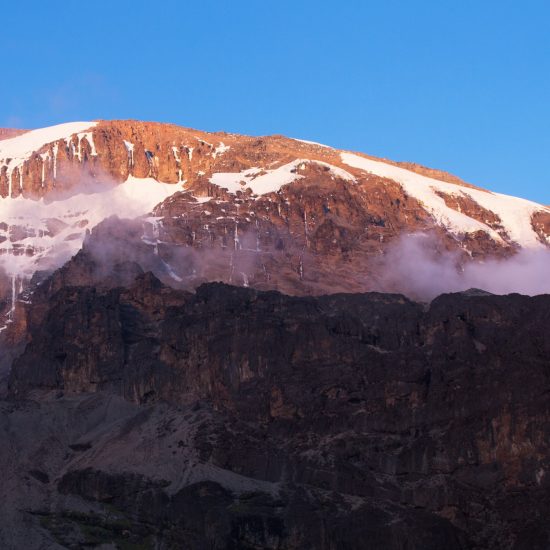 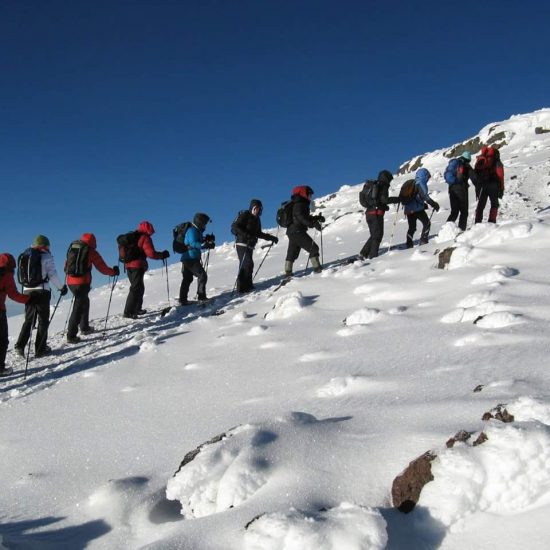 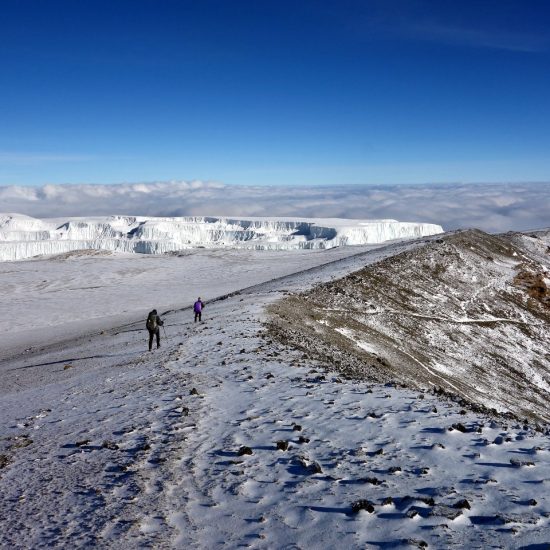 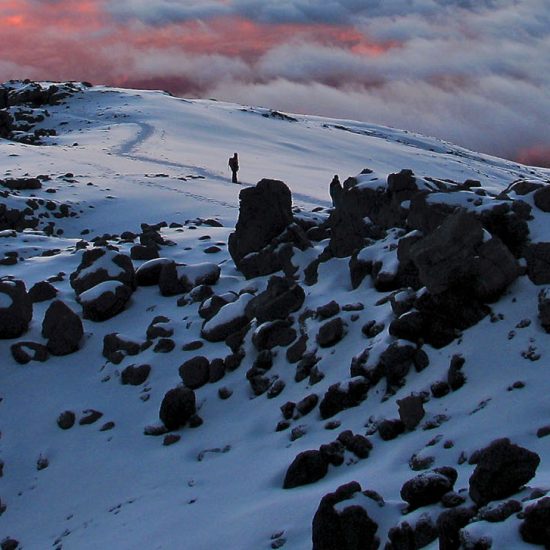 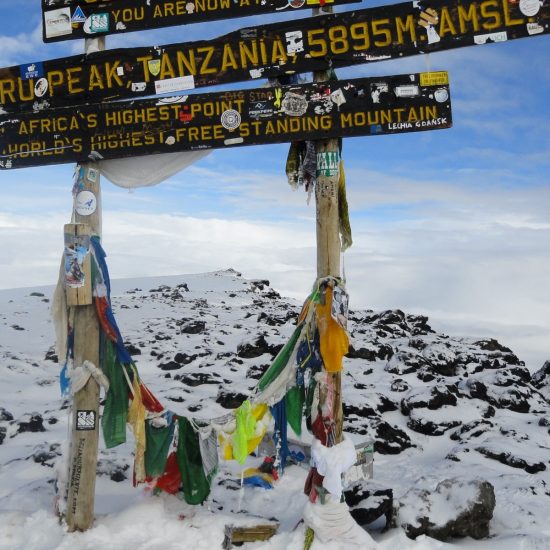 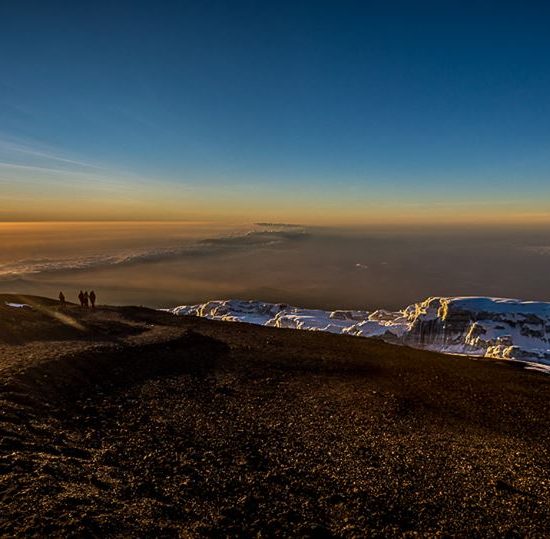 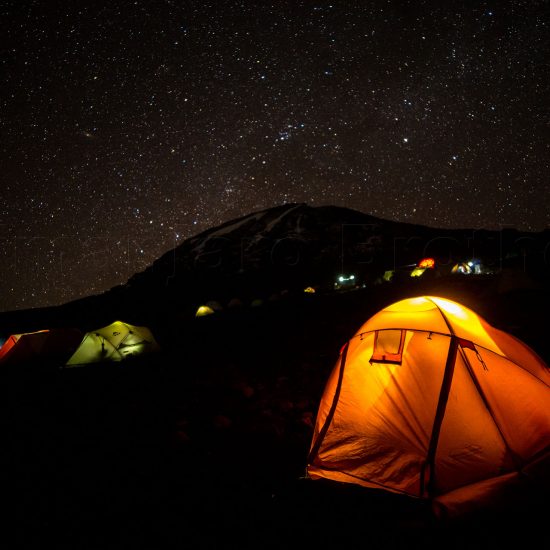 Let us Help You Plan Your Safari

Whether you know where you would like to go, or are in need of some new ideas, we’d love to help! Please get in touch so we can plan your perfect African safari